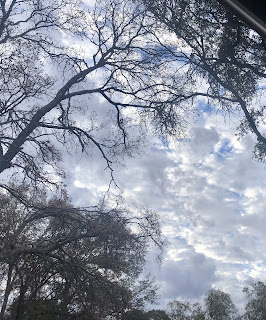 Look what we got!  Over 1 inch of rain in 24 hours. What a treat it was and we benefited from lower temperatures  created by a late summer heat wave. My garden went nuts. As you may know for us to get rain from June to October is not considered normal. But I had just about a month earlier put in the front runners of my Fall/Winter garden. The broccoli, brussel sprouts and cabbage thought they went to heaven. The tomatoes knew they had gone to the arctic circle and were none too happy about the highs in the 50's and low 60's. With lows in the high 40's and low 50's had them calling room service for an extra blanket. 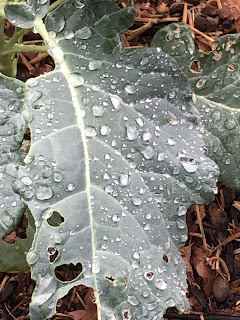 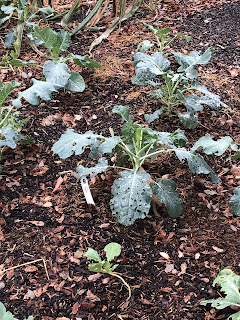 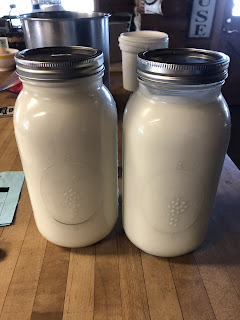 I milked Nutmeg until her big boys weaned and with all the summer activities and the one woman show around the farm I let it go . She is 9 years old and wasn't producing as much so I simply dried her off at that point. Not before I got in several cheeses and some soap made. This coming November I am hoping to catch Little Trouble and daughter Willa in heat and will breed them to Sundance Kid aka Buddy. Both he and Longfellow just came into rut and not as strong as past years. Longfellow will be 14 in the Spring and Buddy will be 12. I am pleased but surprised the Longfellow is still with us. I am hoping for a couple of doe kids. 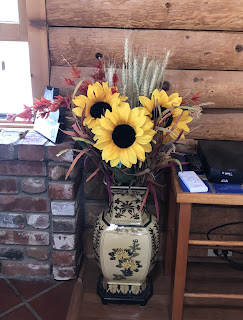 Presenting my new arrangement for Autumn. The vase is my mother - in - laws and I always loved it. I think she would approve. 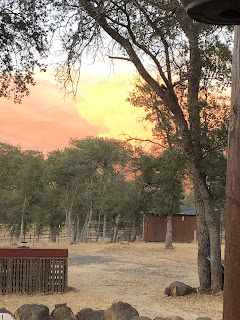 This photo was taken on the first day of the Oak fire here in Mariposa county. It is from my front porch. I am always amazed at the beauty in fire as well as the destruction. I have been through  the last fifteen years almost as many major wildfires. How I have been so fortunate to never have had to evacuate nor lost anything or anyone to them I don't know. However this year the fires were sat on just as quickly as they began. This fire burned almost 20,000 acres and destroyed over 100 homes. 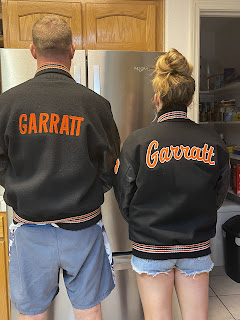 The last of a tradition. The fellow on the left is my son and the young lady on his right is his youngest daughter. You may have seen her in another post as she spent a lot of time with me during the pandemic. The two girls (her older sister) their Dad and Aunt (my daughter) all have letter jackets from the same high school. Dad for basketball and tennis Valley Champions that year! His sister for band.Daughter #2 for Cheer and  her sister for Cheer. 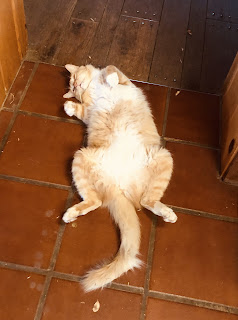 The Dude is two years old and still find this knucklehead sleeping in the strangest positions in the oddest places. 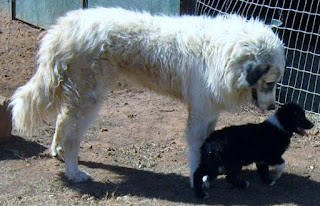 Everyone who has hung in with me over the last many years knows these two. The little one is Callie who is now 10 years old and much larger. Her buddy behind her is Sherman who adored her then and as recently as this September. Sherman was a crowd favorite he was a clown and a people Pyrenees. Sherman was one half of a bonded pair who kept watch on their goats and more. Sherman always made me laugh each and every day. Sadly he crossed the bridge a month ago and left a hole as big as Texas in my heart.

So sorry for your loss with sherman! That's all is really hard. It's great that you got lots of cheese before your cow was done. I'm glad the fires missed you and you got some rain!

I'm so happy to find your blog post this morning! And I'm so, so sorry about Sherman.

What a change in your weather! The good kind too. Rain and cooler temps are always welcome in summer. Autumn is always the most welcome season of the year.

What a great post! Nice to get a catch-up post and hear from you. Lots of pictures surely do add to our words, don't they? My condolences to you as Sherman's "mom." They never live long enough. Hugs sent your way.

Welcome to Walnetto Farm in Sierra Nevada Mountain range. Established Summer of 2019 after returning to be closer to family after becoming a widow. Miss my crazy life on 42 acres in True Northern California but life is good!